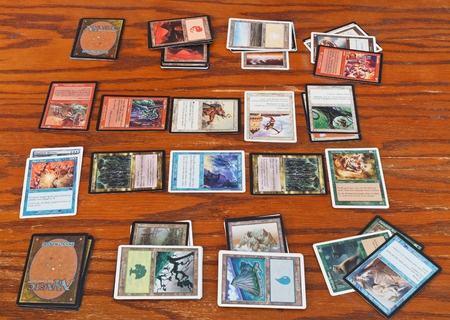 There are plenty of old toys in circulation worth tens of thousands of dollars. Many of the potential fortune-fetching collectibles are little more than nondescript children’s’ toys. Some may even be collecting dust in your attic as you read this. Here are a few of the most expensive toys and collectibles your kids or grandchildren may have completely forgotten were in storage.

There were hundreds of thousands Babe Ruth collectible figures manufactured in put in circulation when McFarlane launched its collectible series 6 years ago. As part of the 2009 Baseball Collection Series, McFarlane’s produced only 5 Babe Ruth figures with the blue hat, as oppose to black. Of these five, only three were actually placed in circulation. One finally appeared on eBay in 2014 and sold for $13,600, so make sure you aren’t throwing that one out to the curb.

Remember Pokémon cards? Well neither does most of America. But if you are in possession of the Pikachu Illustrator card, you won’t be able to forget the appraisal. Given there was only six made for a CoroCoro promotion in Japan in the very early days of the TCG, the Illustrator card was a prize given to winners in a Pokémon card art contest. Bottom line is if you have one of these cards, completely in Japanese, you can get anywhere from $20-90,000.

Like Pokémon cards, Magic the Gathering was a much segmented market. Only few appreciated their appeal, but if your kids were one of them, you may be glad they did. That’s because the Alpha Black Lotus card in mint condition could be as much as 100,000, depending on the condition. But who would have thought your son or daughter seemingly wasting all their time trading and collecting ‘Magic Cards’ would ever have paid off so handsomely?