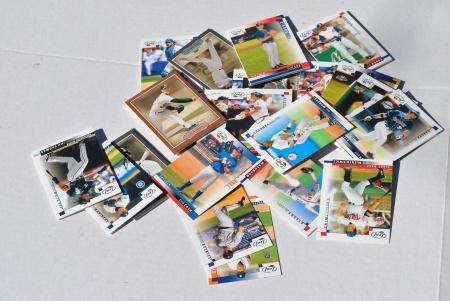 It’s pretty typical for the average American home to have an attic or basement full of indiscernible junk. Everything from boxes of records to crates of comic books to drawers full of old stamp collections pack storage areas in the country from coast to coast. But before you decide to toss it all, you may want to keep in mind some of these storage areas are littered with some of the most expensive collectibles in the world. Here are a few to keep your eyes peeled for…

So valuable thanks to the limited number of copies released, the first Spiderman comic released in 1962 is worth way more than the price displayed on its cover; about $40,000 more. Featuring “2 Great Feature Length Spiderman Thrillers,” if you have this comic, you possess to of the most expensive comic book stories ever written.

The Honus Wagner cards released were very limited numbers because of the amount released before the player himself demanded an end to production. Honus Wagner was unique in his time in that he did not believe in promoting smoking to children. Conversely, cigarette companies would encourage children to smoke, selling baseball cards with packs of cigarettes.

But by the time Wagner voiced to the American Tobacco Company he didn’t want any part of it, they had already released about 150 cards—making them extremely rare. Subsequently, Wagner inadvertently drove up the value of his own baseball card.

There are plenty of unaccounted for collectible stamps which could be anywhere out there. All around the $100,000 range are the Penny Black (not to be confused with the Penny red) The Tyrian Plum (released the day of Edward the VII died) and, of course, the Inverted Jenny. But then there’s one you won’t find in your attic; the Treskilling Yellow Stamp. Named because of its accidental yellow coloring, the only one left in the world is currently valued at $2.3million.