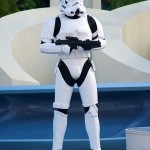 Don’t throw out that old toy collection without taking a close look at it first… a very close look. When it comes time to clean house, you may feel the motivation to trash all of it. But what you find in your attic or basement could be literally worth thousands of dollars.

He-Man
Actually called Masters of the Universe, these figures can fetch a pretty penny. From a fair condition Prince Adam landing you $50 to an in-the-box Laser Light Skeletor fetching around $1,500, you had better make sure these don’t get thrown out with the bath water! And there are about 20 of the sought-after collectibles, so if you have a handful of them in fair condition, you can still get a nice return on these hidden treasures.

Transformers
A collection of 275 officially licensed Transformer products sold for a cool $1million back in 2007. That means each item averaged a value of $3,636, including figures in-the-box, figures in never-been-opened boxes and various products and clothing. And not much has changed since 2007- there is still a heavy, heavy following for Transformer products, and subsequent immense demand.

Star Wars
There are about a dozen Star Wars collectibles released in 1987 all valued at over $1,000, five of which are valued over $5,000. For a limited time, Kenner released their Darth Vader and Obi Wan Kenobi lines with what was called the double-telescoping light-saber. If you ever experienced how fragile this design was, you quickly learned why this was such a limited release. But now, it’s more valuable than ever, with the Obi Wan and Darth Vader models valued at $6-$7,000. And these aren’t even the most expensive, with the Medical Droid, featured only in the Empire Strikes back for 20 seconds, is worth $12,000 while the extremely rare vinyl-cape Jawa could get a lucky seller nearly $20,000!

GI Joe
The original 1963 Joe Levine GI Joe prototype sold at auction for $200,000 back in 2003 and has increased in value exponentially since then. Though it’s highly unlikely you will find a $200,000 GI Joe action figure anywhere in your house, as this transaction was an anomaly, this Hasbro line still has many valuable figures to being to the auction block. Sargent Slaughter in the box could fetch you upwards of $500!

Buried treasure still exists, even if it is buried beneath old boxes and crates with an inch thick coating of dust. Not having a trained expert look at your old toys before putting them at the curb could be costing you literally thousands and thousands of dollars. In the name of potential substantial financial profit and your own peace of mind, have your potential collectibles professionally appraised. Who would have thought buying this stuff for your kids back in the 80’s would ever pay off?