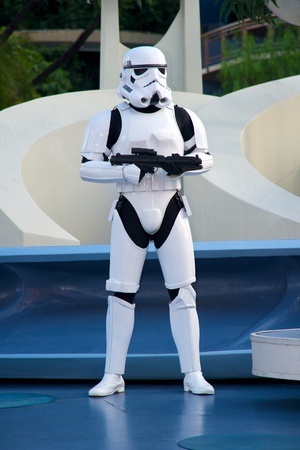 If you’re like most people, any Star Wars merchandise you may have had was packed away in your attack or basement long before the onset of the nineties. And then when the mid- and late- nineties prequels came out, you probably remembered they were stowed away but lacked any motivation to find and unpack them. After all, they really weren’t worth much… until now.

With the new movie this year, there has been a surging interest in Star Wars collectibles. Additionally- with the recently sparked interest in the film series- there are brand new items hitting the shelves. Everything you can imagine from brand new tee shirts to toy collectibles. The Star Wars brand has even partnered with Lego for a series of throwback and contemporary themed Lego kits.

What does this newly launched merchandise have to do with the old collectibles collecting dust in your storage space (?); a lot actually. All this new merchandise flooding the market is great to generate interest in the series, but it’s not worth very much in a collector’s market.

What is valuable in the collector’s market are the original figures from the original trilogy. And thanks to this upswing in demand, they are now more valuable than ever. Every vintage Star Wars item from the early- and mid- seventies, unless broken, has appreciated in value to some degree or another.

If you don’t have any of the older collectibles, the collectibles depicting the 1990’s trilogy are also considered collectibles. Even Taco Bell and McDonald’s kid’s meal collectibles are worth something (if still in original package. Regardless, there are plenty of valuable Star Wars collectibles in circulation right now and demand for them has only gotten stronger. The best way to determine if your collection may be valuable is having it professionally appraised.