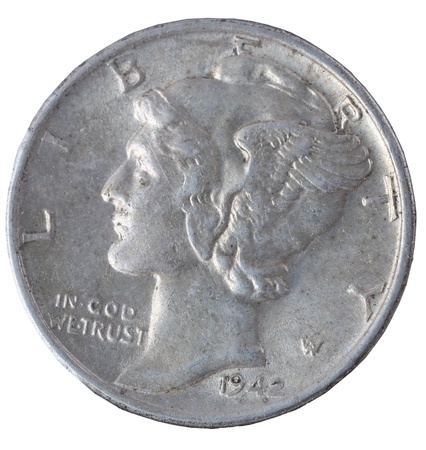 oin collecting is a storied, traditional hobby millions of collectors around the world regularly enjoy. But just like all potential collectibles, there are valuable and not-so valuable pieces. And then there are the collectibles on a fine-line between valuable and popular. That is, the popularity is more important to the collector than the monetary value.
Morgan Silver Dollar– Designed by George T. Morgan, the Morgan Silver dollar is 90% silver. It was minted from 1878 to 1904, and once again in 1921. Lady Liberty appears on the front, with an American eagle on the back.
Buffalo Nickel – Struck from 1913 to 1938, the design met resistance from manufacturers of coining machinery. Their concerns turned out to be right, as the images and lettering on the coins tended to strike inconsistently and wear easily over time. The coin features the image of an American Indian on the front and an American bison on the back.
Mercury Dime – This coin, struck from 1916 to 1945, was in circulation during one of the most important periods of American history. Like the Morgan Silver Dollar, the Mercury Dime is made of 90% silver. Problems with using the coins in vending machines, as well as the death of Franklin Roosevelt, caused the coin to be replaced with one honoring the recently deceased president. The mercury dime has a young Liberty on the front side, and an olive branch on the back.
Walking Liberty Half Dollar – The beautiful design of this coin, struck from 1916 to 1947, resulted from a competition run by the Commission of Fine Arts. It features an ornately dressed Lady Liberty in motion on the front, with the traditional bald eagle on the back. The intricate design, however, made it difficult to strike.
Indian Head Cent – This coin is both historically significant and incredibly affordable. It was minted for 50 years, from 1859 to 1909. Lasting through the civil war and into the dawn of the 20th century, this coin features a Lady Liberty wearing a Native American headdress, with the simple words “ONE CENT” inscribed on the back. It is also 88% copper.